On Monday, March 2, 2015, more than 60 people gathered at Sunnyside Community Services for the Sunnyside Shines BID 2015 Annual Meeting. Rachel Thieme, executive director of Sunnyside Shines, presented highlights from 2014, including the creation of two new public plazas under the elevated 7 train, an improved Taste of Sunnyside event held outdoors, and new investments in tree guards on Queens Boulevard. She also touched on the organization’s plans for 2015, which include redesigning its logo, holding another Taste of Sunnyside on May 19 and initiating new programming in the new public plazas.

Council Member Jimmy Van Bramer spoke during the meeting and thanked the organization for its work to make the Sunnyside commercial district a better place to shop, live and do business. He spoke of several specific initiatives undertaken in 2014, including the creation of the plazas, the shop local holiday gift guide, the Taste of Sunnyside and the creation of a Bike Friendly Business District, and emphasized how much he enjoyed partnering with Sunnyside Shines.

Three awards were distributed at the meeting, including the Neighborhood Wow Award to Bing’s Hallmark, the Community Partner Award to the NYPD’s 108th Precinct and the Local Champion Award to Re-Create Queens. Thank you to our fantastic partners for making Sunnyside shine even brighter this year.

Two new board members were added to the board of directors: Francine Israel (Class A Property Owner) and Giuseppe Falco (Class B Commercial Tenant). 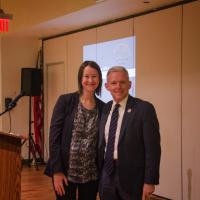 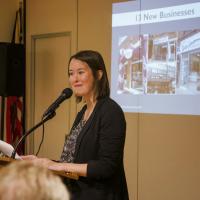 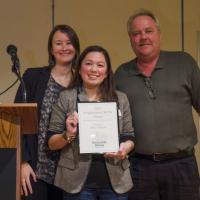 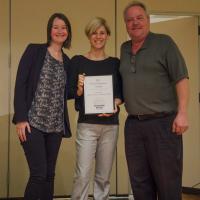 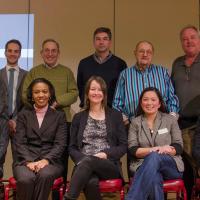